Patrick Tinsley is an Officer in the firm’s Litigation Department. Mr. Tinsley’s practice includes fiduciary litigation, business torts, contract disputes, and employment law, with a focus on commercial litigation. His experience includes matters in state and federal courts and administrative forums, as well as arbitration and mediation.

Mr. Tinsley is a member of various professional associations, including the Massachusetts Bar Association. He has authored several law review articles and is a past recipient of the O.P. Alford III Prize. Mr. Tinsley is former editor of the Digest of the Commercial Laws of the World, a practitioner-oriented compilation analyzing the legal codes governing business activity in numerous countries around the world. Prior to moving his practice to Fletcher Tilton, Mr. Tinsley worked for a boutique federal employment law firm, where his clients included administrative judges, law enforcement officers, labor unions, and several prominent federal whistleblowers.

A resident of the firm’s Worcester office, Mr. Tinsley is admitted to practice in the Commonwealth of Massachusetts. Mr. Tinsley received his B.A. from the College of the Holy Cross, after which he did graduate study in philosophy at Eberhard-Karls Universität in Tübingen, Germany before completing an M.A. at the University of Memphis. Mr. Tinsley received his J.D., cum laude, from Suffolk University Law School, where he was the recipient of multiple academic scholarships and American Jurisprudence Awards for corporate law, criminal law, and property law. He is a member of A.V. Cheruskia, an academic fraternity in Tübingen, Germany, and the Property and Freedom Society in Bodrum, Turkey. Mr. Tinsley is a supporter of the Laurie C. Tinsley Foundation. 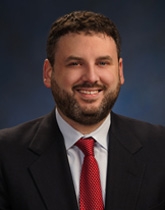 Bachelor of Arts; College of the Holy Cross

The CARES Act: What Business Owners Need to Know >

Open for Business in a Whole New Way >