Email | vCard
PRACTICE FOCUS
Nisha Koshy specializes in many aspects of commercial and residential real estate. Attorney Koshy joined Fletcher Tilton as an associate in the firm’s Litigation Department in 2002. She then rose to Officer, practicing in the firm’s Litigation Department for over ten years representing clients in complex contract and commercial disputes. In 2012, Attorney Koshy took time off to raise her children and become active in their schools. Attorney Koshy returned to Fletcher Tilton in the firm’s Real Estate and Commercial Lending Department, and uses her vast experience and insight as a litigator to assist clients with their complex real estate leasing, transfer, development and financing projects.

BIOGRAPHY
Over the course of her career, Attorney Koshy has been recognized in the community and by her professional peers. In 2007, the Girl Scouts of Montachusett Council named Attorney Koshy as a “Woman of Distinction,” an award which recognizes women for showing exceptional dedication to their profession, being an inspiration to their co-workers and positively affecting the community. In 2009, 2011 and 2012, Boston Magazine and Law & Politics Magazine named Attorney Koshy as one of its “Rising Stars.”

Attorney Koshy earned her Bachelor of Arts degree in Political Science, with a Secondary Concentration in Spanish, from Bates College in 1995. She earned her Juris Doctorate from Northeastern University School of Law in 1999. Attorney Koshy is admitted to practice in the Commonwealth of Massachusetts and before the United States District Court for the District
of Massachusetts, the First Circuit Court of Appeals, and the United States Supreme Court.

Nisha is resident in the firm’s Framingham office.

What Do You Mean "The Contract is Binding"?
Hitting Send Can Bind You 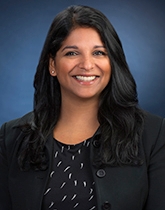