Email | vCard
Isabel I. Rybalnik is an Associate with the firm whose practice concentrates in immigration law.  As an immigrant to this country herself, Attorney Rybalnik understands the plight many foreign nationals face in achieving their dream to live and work in the United States.  Attorney Rybalnik’s practice is focused on business immigration matters, such as employment-based green cards (PERM) in the EB-2 and EB-3 categories, including immigrant I-140 petitions and applications for adjustment of status.  She also handles temporary work visas in such categories as H-1B, L-1 and TN.  Attorney Rybalnik also works with employers in ensuring I-9 compliance and represents employers in procedures dealing with Immigration Customs and Enforcement (ICE) and the Office of the Chief Administrative Hearing Officer (OCAHO).

Additionally, Attorney Rybalnik handles family-based immigration matters, such as fiancée visas, and green card petitions based on marriage to a US citizen and other family relationships, including complex cases needing waivers of inadmissibility.  She has also represented applicants for asylum and clients in immigration court.

Attorney Rybalnik has successfully obtained green cards for persons in deportation proceedings, and represented various corporations in IT and engineering, as well as non-profit organization and individuals. 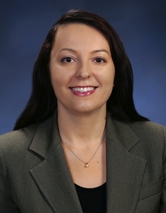